SHIBUYA = SHIBUHOUSE, a loose collective of artists and non-artists, will hold their one-day exhibition at TANA, simultaneously connecting and disconnecting the space with contemporary surveillance technology.

An alternative space and our home, SHIBUYA = SHIBUHOUSE is a sharehouse in Shibuya ward, usually dwelt by 10 people, as well as a contemporary art project having lasted for two years. As an alternative space, SHIBUYA = SHIBUHOUSE opens its living room for events like party, workshop, or group reading. The members are those learning phillosophy, sculpture, comic-making, theater performance, dance, video art, media art, wood print or fashion, also including people like a nightclub host or a model with mental disorder. Mixing up their networks at random, SHIBUYA = SHIBUHOUSE ordinarily accomodates extraordinary events beyond the borders of genres.
In October 2010, we covered up our house with a "cloth" and happened to get expelled by the landlord, rushing out from our home as if fleeing by night. We discovered our new home in Ebisu in November and held "SHIBUYA = SHIBUHOUSE Triennale". We'll keep on driving ahead... 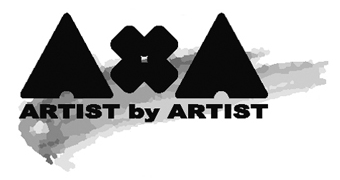 They installed each set of the surveillance systems in the gallery space and a small room nearby in order to make a circuit of mutual gazing, appropriating the originally unidirectional surveillance system into bidirectional one. Then barricading the room with a huge silkscreen of their logo mark, they made the room into their satellite camp and constructed a unique spatiality that disconnects the two spaces physically and connects them only optically. While visitors watched them hanging around in the room through the monitor inside the gallery, SHIBUYA = SHIBUHOUSE squatters watched the visitors watching them through the monitor inside their camp.

The title "VIVA Co.," originally a wordplay after the name of the building BIGAKKO, in which TANA is situated, may represent their fundamental drive to celebrate "co"-working, such as commons, community, coexistence or communication above all. At the talk session the founder of SHIBUYA = SHIBUHOUSE told that their housing project began as a piece of conceptual art "to open the house to anybody", then effectively turning private and public inside out and mixing them together. Having welcomed anybody to drop in, SHIBUYA = SHIBUHOUSE has hosted diverse networks in one place, cultivating survival tactics toward a convivial life style beyond comfortable but impotent homogenuity.

(L to R, the third, second and first representatives of SHIBUYA = SHIBUHOUSE; Taiki, Toshikuni and Keita, reviewing their activities at the talk session)